We’ve been flowing Pierre Hoarau from Marseille, France for a few months now through BUD SKATESHOP and KINGPIN magazine released a video about Marseille a few days ago, in its « THE SCENE » serie, in which Pierre has a few good clips in. I’ve personally filmed a few clips with Pierre some years ago while being in Marseille to film a contest at La Friche’s Skatepark and I have to say the kid has it all: pop, style, a good bag of tricks and a good reading of spots and of his surrounding. So, check out this 10mn video, dragged by some french Hip Hop by IAM and La Fonky Family, the distinctive sound and vibe of Marseille, France. WORD!!! 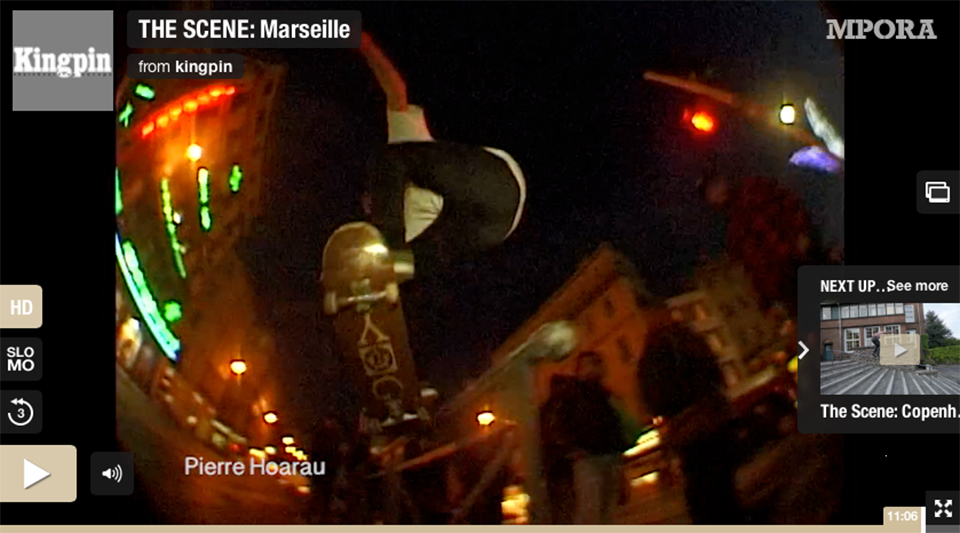